It’s time again to look at the past year summary. How did I do? 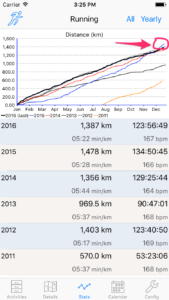 It worried me a bit. I couldn’t remember an especially good December last year. Did I have another bug in ConnectStats?

I went to check on Garmin connect and it reported the same distance as connectstats: 1478km for 2015… 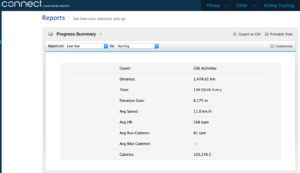 Hum. Next step was to go and look at the activities in December last year. The search feature in ConnectStats made it easy, just enter december 2015  in the search box of the activity list. Sure enough, I found some duplicate activities. This started to be very worrying. ConnectStats imported the same activity twice? New bug? After some more investigation, it turned out the problem was in Garmin itself… Quite a few activities in 2015 appear twice on the website as well… 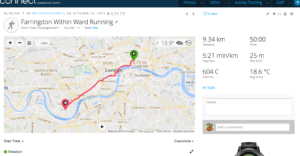 They have a different activity identification number, but they are clearly the same activity except for the altitude gain as you can see on the snapshot above.

Next steps was to add a new feature to ConnectStats to double check for such duplicate activities and ignore them… Well, my stats are now lower only 1310km but correct. And 2016 is ahead of 2015 by 50km! Yeah! 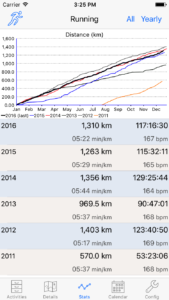 I finally decided to check what Strava reported. My account is linked to import activities automatically. I was curious: would strava have the total including the duplicate as well? It actually didn’t… The total is 5km off from my new corrected total, but I suspect it is simply due to the slightly different way Strava computes the total distance from the gps file. 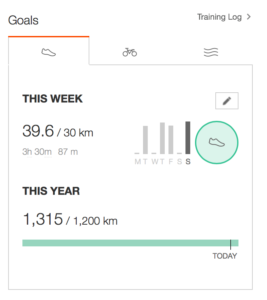 The fix to search and eliminate duplicate will be included in a new release early next year.