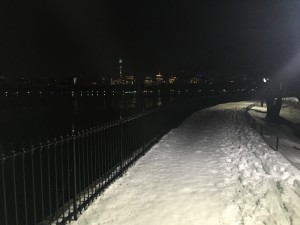 The issue with the fenix 3 instant pace since version 6.5 was driving me nuts. I know it’s not the end of the day, but the graphs just looked really disturbing as below.

And it resulted in incorrect best of calculations. So I added an option to readjust the pace to match the average of the lap. The shape here felt quite accurate, this is a run just after the snow storm in New York City, and the area not cleared of snow resulted in clear slow down of pace. Also the spike correspond accurately to the place I stopped to take pictures… 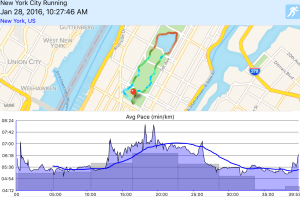 So below you can see the graph after turning on the new adjustment. I left the adjustment turned off by default though.

The feature is included in the upcoming version 3.0.1